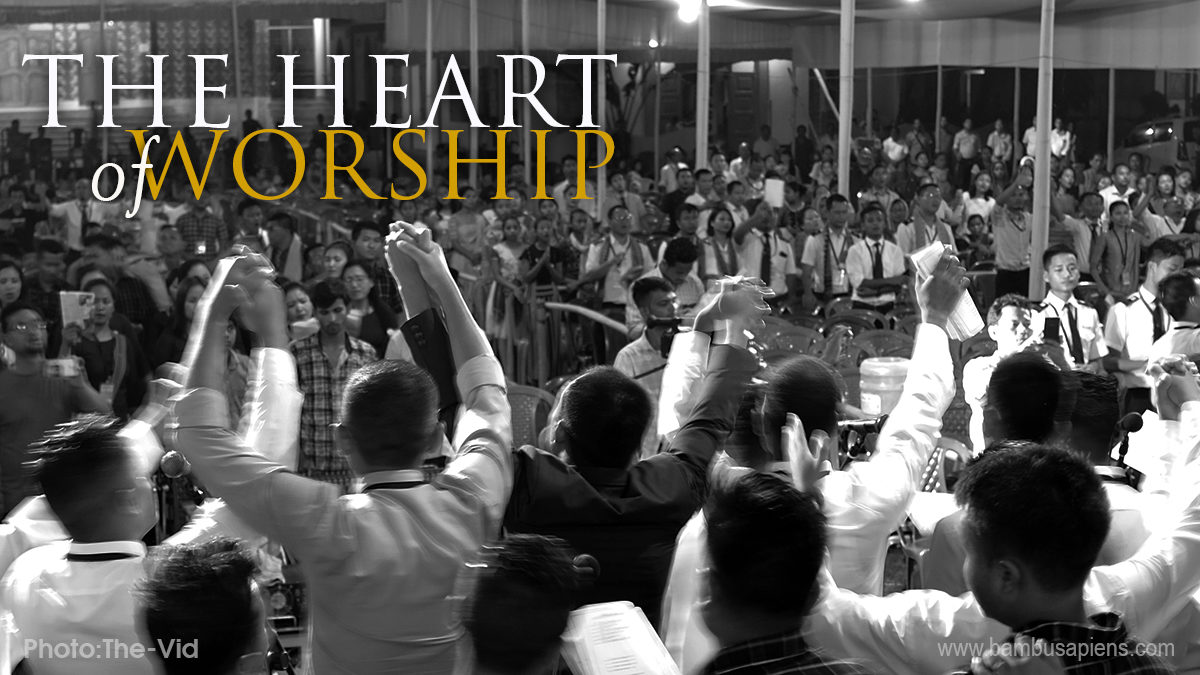 Music has something to do with everyone. Either they love it or annoyed at it. For some, music is life, for some it ain’t no music at all, it is just a sound, rather a noise. For me, music is something which I love to play, love to listen and love to talk about it, but not write about; it is a thing that must be felt.

I am among the generation when the traditional music and the contemporary music were at war; when rock music was pit against gospel music. This had left many music lovers in jeopardy. What makes music a Gospel music? What makes it a secular music? Is it the genre or the tune? Is it the words or the person writing it? There are many un-solved questions.

Looking back at the Christian Youth Events with reference to the North East context, we can clearly see the dynamism of music. The praise and worship services in all those PYF and NEICCYA programmes had undergone lots of transformation. Few years back, traditional hymnals form the major part of the hymn books, and so was, in the praise and worship services. However, since the revival centenary (2006), in most of the services contemporary hymnals and choruses were seemed to be preferred more.

Why do we shift towards a contemporary worship service? Since, when? What might be the factors? Recollecting my college days and my experiences in the PYF and the NEICCYA, I have developed a hypothesis trying to address those queries.

In the pre-revival centennial era, we often sang, as a choir, in certain Khasi and Jaintia Presbyterian Churches, usually on Youth Sunday and Music festivals. The praise and worship songs were mostly traditional hymns and choruses. It was the same trend in the case of the Mizo Presbyterian Churches. However, in recent years, especially after I actively take part in the NEICCYA and the PYF, I had witnessed a drift towards contemporary hymns and choruses in these events. Apart from the hymns, the worship services also gradually shift towards a more congregational style of worshipping.

Meghalaya being the provenance of Presbyterianism in the North East, the Churches had well maintained their traditions and practices. The revival in 2006, I believed was the turning point, to a bit of contemporary style of worship. Shillong, being an eductation hub, have been harbouring students, of all faiths, of all denominations, from all over the region. Congregational Churches, with their style of contemporary worshipping are attractive to youths, much more than the traditional mainland Churches. This had a deep impact toward the shift to a contemporary worship. The contemporary worship movement has equally been ignited by the advent of multimedia.

The shift towards contemporary and congregational form of worshipping has led to applauding by clapping of hands, even during the worship services. Which, as far as I could recollect, was not the trend in the pre-revival centennial era. Especially in the Mizoram Synod, applauding the choirs or special items during the worship service by clapping of hands is still not practiced, and had often kept the youths from other Synod in an awkward position. However, clapping of hands in par with the rhythm of the songs during congregational singing is very much appreciated in the Mizo Churches. To be noted, in the PYF programmes, half an hour of songs of praises session is always included. I find the terminology a bit absurd. Is it not a session of singing, but not a session for listening songs?

Music for a purpose

Music is dynamic. It cannot be the same all the time. Genre and style keeps on changing, they have their own period. Like the old leaves are replaced by the new leaves, a new style repeatedly replaces the old styles. However, the most important thing is the heart of the worshipper. Sometimes, a loud sound draws our attention, but sometimes, a complete silence draws our heart. In an attempt to be traditional we can hamper the development of the Church; on the other hand, chasing all the newbies can be detrimental for the Church. We have to know the limit.

When talking about traditional and contemporary music, many often quotes Cliff Richard’s “Why should the devil have all the good music?”

Another question arises out of this quote – what is good music?

Is there a criterion to quantify the goodness or the badness of music? Or is there any equipment to examine the degree of goodness or badness? A debate on this topic will never end. But in the light of Christianity, we have an answer. Gospel music is good music, simple as that. To rectify this, we may need to talk about the psychological and spiritual impact it has, on the performer as well as the listener.

The goodness of Music doesn’t aptly depend on the tune or the scale, but on the collective characteristics of the song viz the tune, the words, the writer and the theology it contained. Good music is like a beautiful flower, whose beauty draw the attention of the pollinators; their sweet fragrance attracts the pollinators closer, and their nectar nourishes the pollinators. Through their action, singers draw the attention of the spectators, the tune of their music attracts them closer, the words of their songs feed the audience. While the pollinator gets nourished by the flower, it in turn helped in the reproduction of the flower. Likewise, a good music nourished the audience spiritually and the spirituality of the audience is the key to produce good music. There has to be a mutual relationship between music and audience. Some music are very attractive, draw lots of audience, but unable to nourish the audience. The main purpose of Gospel Music is to exalt God and inturn, nourished the audience and the performer. A gospel music without nourishment is like eating a cotton candy, appealing but void of nourishment, the crave for food remains the same.

How about the song writer? I firmly agreed that nobody is perfect. However, in music ministry, we have to be very careful in the songs that we select. We have to consider the context of the song, how was it written, what is the philosophy of the song writer (it can be known from his other works), and should also be analysed doctrinally. For instance, there are several songs which contain the holy word “Hallelujah” but all that contains “hallelujah” are not gospel music. All that glitters are not gold.

Be it classical, traditional or contemporary, be it western or eastern. Be it rock music or jazz music or may be grunge music, the most important thing is the message that it contains. Based on the platform where we manifest through music, we have to choose which type of music to perform and which not to. A good tune may ecstasies, but if the words are equally not prophetic, then it would be futile.  A prophetic word but worst tune is hardly appealing. Hence, it has to complement each other. After all, worship is all about Jesus, not about us, and not about music. But music can lead us into the heart of worship, and hence we require a music which draw us to worship God in truth and in spirit.

Let me wind up with a song from one of the most spiritual contemporary artist, Michael W Smith.

When the music fades, all is stripped away
And I simply come, longing just to bring

Something that’s of worth, that will bless Your heart

I’ll bring You more than a song, For a song in itself is not what You have required
You search much deeper within
Through the way things appear
You’re looking into my heart…

[This article was published in a book titled “Ministering to the Youth: Challenges for the Church” by the Presbyterian Youth Fellowship, 2019]