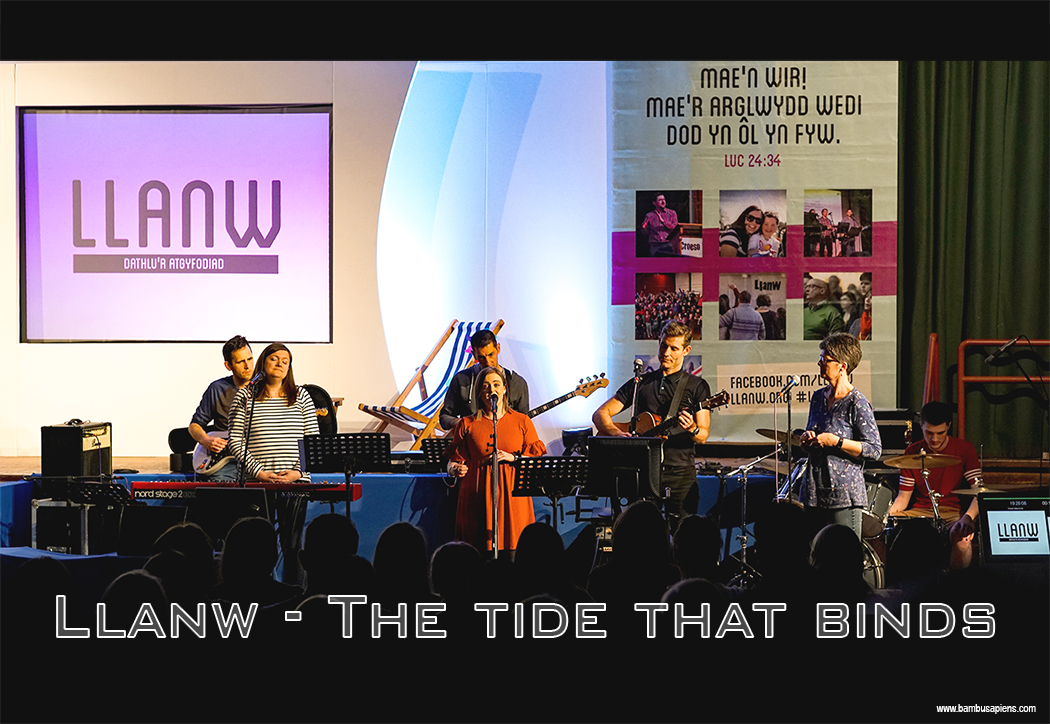 My first experience of a tide was in 2009, at the Marina beach. It was a low tide, friendly enough not to cast us away. Since it was my first, I was thrilled. But the taste of the sea water was much more alkaline than I’ve anticipated. If diluted by 70%, it would be just right for a behlawi bai, no salts would be required, I thought. The tide that I experienced that day swayed me the whole evening.

I was with the Mizoram Synod Choir who were on pilgrimage in Wales, April 2019. In Wales, I was experiencing another thriller. The tide there in Wales shook me through my limb nodes; it shook my flesh and my spirit. During the tour, we performed at ten Churches and several other venues. We even participated at the International Choir Festival, where we beg the first position in the Open Category and won the Silver Award.

The last week of our tour was confined to Tenby, a beautiful sea side town in Southwest Wales. We camped at a Caravan, which was again my first experience. It was here, that I had experienced yet another tide. We were among the few non-Welsh speaking that attended the Llanw festival, a festival to celebrate the resurrection of Christ, organized by the Christian Communities in Wales; it was on Llanw 2019, the 12th Version, that we participated.

Believers from all across the Wales flock together to celebrate the ressurection of Christ and deepen their relationship with the Living God. The programmes were in Welsh. A team of interpreter translated it to English, which make us understand what was said. The whole event was more or less like a Gospel/Salvation Camping or perhaps, a retreat that Churches out here often organised.

The tide that I had had experienced before were natural phenomenon. The moon had a deep impact on them; the tide is high during full moon, they said. And the tide, even though it looks thrilling, was kinda scary. Especially when it washed you off your feet…the fear of being drifted away caught you instantly.

But the tide, there in Wales, last year (2019), was totally unique. You don’t need to be a swimmer nor a surfer, the fear of being drifted would seldom caught you. All you have to do was to sit there, listen and witness what was going on. Keeping your mind free from the world outside, focusing on the thing that was happening. Once you did that, you shall feel the great tide, the tide that binds shall bound you. The tide had such a power that it didn’t washed you away, but it casted you to a firmer pedestal, where you can stand stronger. The tide also had the potential to keep you off your seat! Make you stand, instead. Keep you on your feet and open your arms to surrender or to exalt.

There at the Llanw, you can feel the power of silence; a silent conversation between God and his creation!

“…no sound is heard from them”

You may not hear the sound, but you would surely feel the conversation. If you couldn’t feel the power of silence, frown not. The hymns and the choruses would slay you. When praise and exaltation were lifted up, the presence of the holy spirit could be felt, even for the dumbest like me. The sermons would nourish your hungry souls. Because the tide, there, was not of natural phenomenon, but was super-natural. It was from God.

Llanw is Welsh for tide.

We Mizo’s often labelled the Welsh people with the Gospel, and regarded them as our spiritual root. The contributions of the Welsh Missionary Society to the highlanders were immense. The impact they had on our socio-cultural life is massive. But in recent years, we often heard the news about the decline of Christianity in Wales, which worried us. As we prepared for our pilgrimage there, I had a speculation that the Christianity there would be weak and the believers there would also be less spiritual.

But I was wrong. Their numbers might be less, but the degree of their dedication, I had witness, was so strong that it makes my eyes wet. Their faith and their hope in Christ was so rigid that it pierced right through my heart. Their longing for revival and their cry for the holy spirit were another heart-piercing deed. It is very rare to see such a powerful, bold and dedicated prayers.

Their thankful heart to God is their asset. The way they cherished the Gospel is immeasurable. I have a strong belief that their cries would awaken God, the Master, and He would answer their prayers and once again let their country be covered by a Llanw and flood their Country with the Holy spirit; this is my prayer.

Thanks to Thee, the Almighty God
For the Holy Gospel.
Hallelujah, Amen.