For thou hast made him a little lower than the angels, and hast crowned him with glory and honour. (Psalm 8:4-5 KJV) 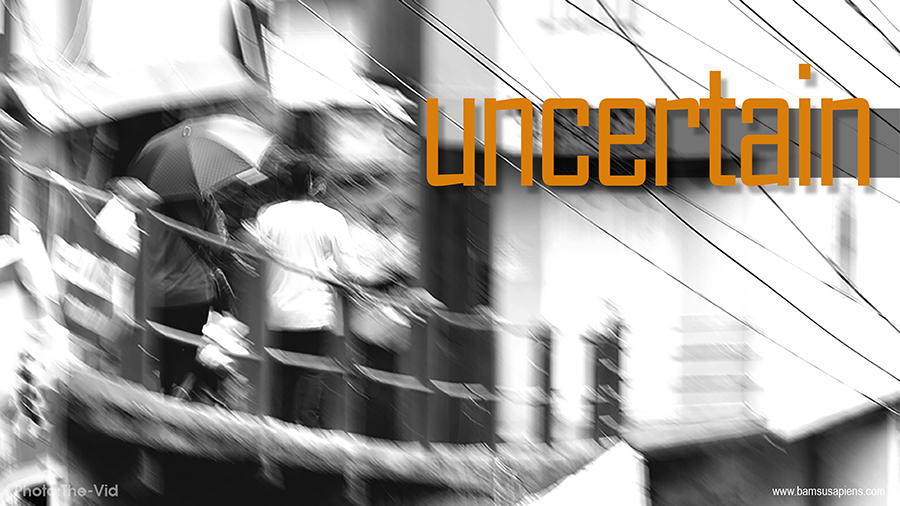 When it is in the living cell, it is living; and is not a living, when inside the dead cell. Uncertainty is its nature. The SARS-CoV-2 amplify its uncertainty and mankind is in agony. The fear, the panic, the idiotic syndrome and the unknown are haunting the sapiens. The pandemic confounded the superior sapiens, while the disinfomedic entrapped the idiot. But the worst of all is that the pandemic and the disinfodemic happened at the same time.

Sometimes the past haunt the sapiens. Many a times, things which are new to him, things which are uncertain often trembled him. The learned are cautious, the idiots chased and the commoner overreact. The RAT often lies, but the RT-PCR reveals. It is certain that an uncertain virus had made him uncertain, yet again.

Mankind is a hypocrite. Homo sapiens claimed himself to be the most intelligent of all creations. Intelligent might he be, there are certain things he knows not. What he doesn’t know often made him afraid, panic and secure! When things become uncertain, only then he realized he is just a human, a carbon based life forms having the will to believe or not to.

Human, like all other life form is just a mortal; having a genetic similarity of ~95% with other carbon based life forms. His devotion to God is the only thing that makes humankind unique. The only thing that is certain is that day by day he is nearing to his dead.